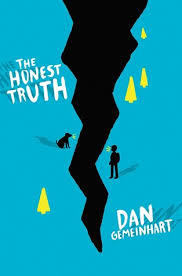 We are huge fans of the Wenatchee, Washington based author and school librarian Dan Gemeinhart and his first novel The Honest Truth. In late February Josa and his Mom gave me a copy of The Honest Truth with the message,“You have to read it Julie. Josa and I loved it. We think you will too.” So, I took it home and put it to the top of my book pile.

That was the beginning of our love fest with this book. I wrote a review and published it in early March. I couldn’t put the story out of my mind and it didn’t take long until I made a book trailer to show my students. It never gets old when an author tells you they like a book trailer you have made for them. He even embedded it on his website . Now our four copies are always checked out with a long list of fans waiting not-so-patiently for their turn. It’s become the norm to hear the students talking about the book and discussing their favorite parts. So say we are avid fans is probably an understatement.

When I asked Dan if he could Skype with us,  he willingly agreed. The students wrote down their questions on the white board so they could reference them during our Skype session. We had about a dozen students give up their recess to talk with Dan virtually. 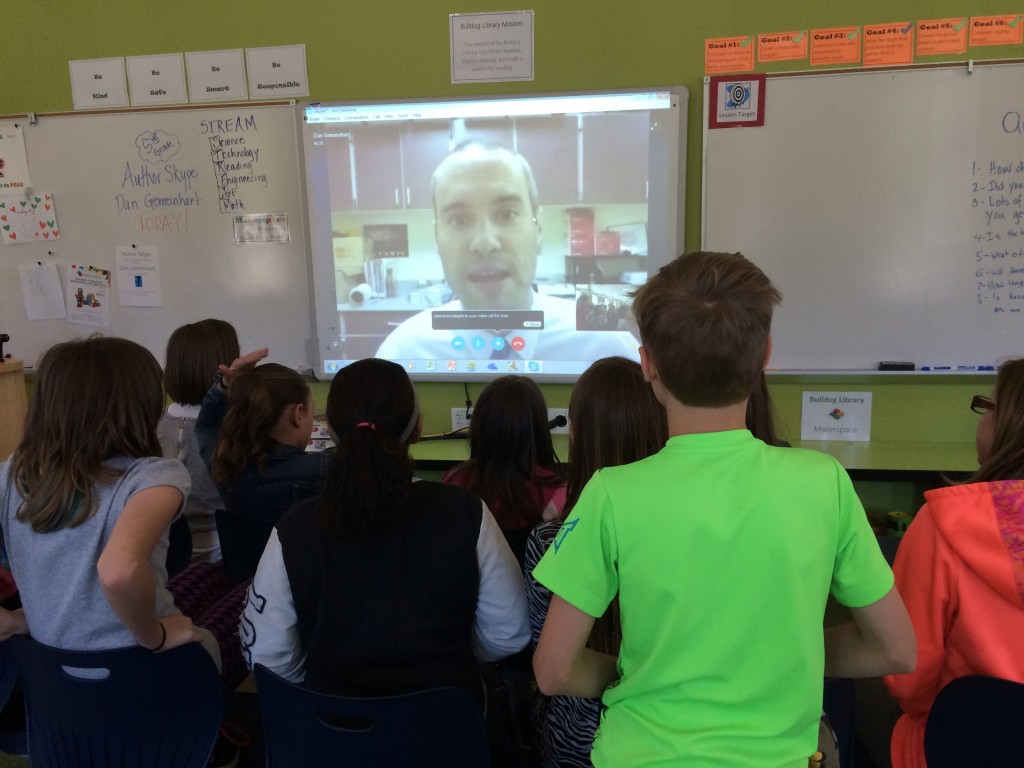 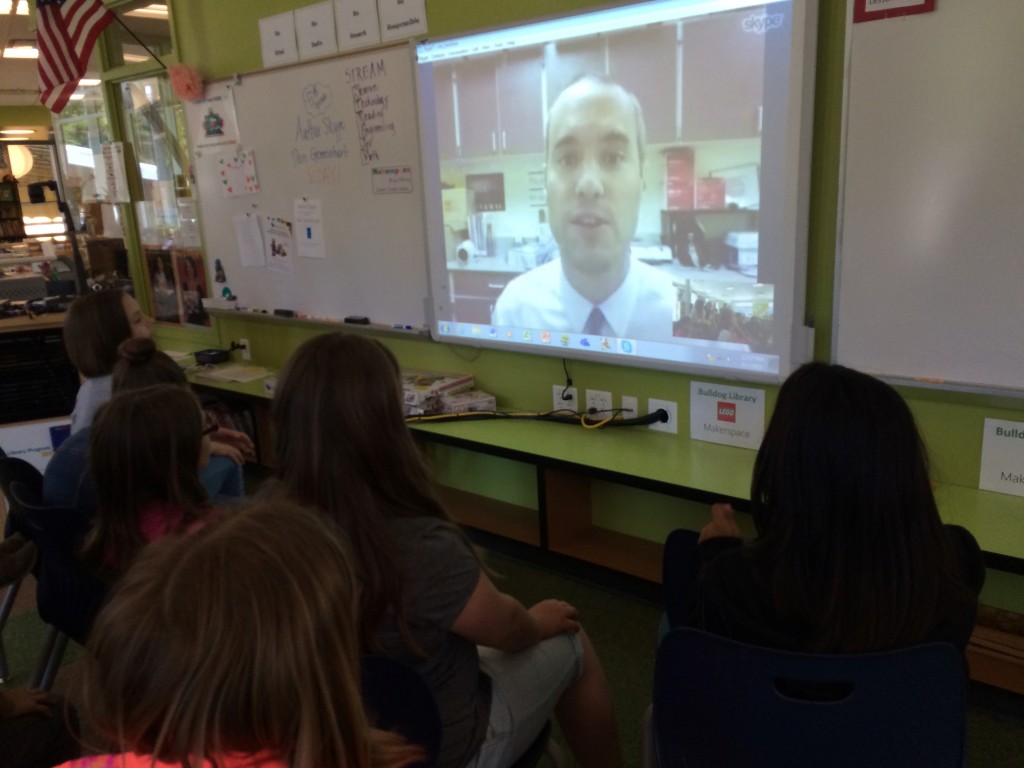 We learned that The Honest Truth is not a true story, but he did know someone who had cancer and that influenced his story.  He dreamed of being an author from second grade, but it’s only been in the last eight or nine years that he got serious about writing. He wrote four books before this one, but was rejected 99 times! The Honest Truth was his 100th submission to a publisher and it was accepted immediately. Thank you Scholastic Publishing! Apparently 100 is his lucky number. He emphasized that you have to keep trying to achieve your goals, and not stop because you fail once or twice. Use what you learned and move forward. Don’t give up and believe in yourself.

He and the students talked about their favorite characters. He did share that Beau and Wesley are his favorites in. He spoke about the importance of naming characters in a story and how the name Beau (the dog) came to him immediately. It’s not always like that, and right now he’s wondering if he has found the right name for the horse in his next book.

His new book Some Kind of Courage is coming out next winter, but it is not a sequel to The Honest Truth. The book is set in Washington again, but in the late 1890’s. It sounds like it’s a mixture of western realism, historical fiction and adventure.

Twenty minutes flew by in record time. After we finished the call, the students were so excited about their visit. They couldn’t believe they had just had the chance to talk virtually with a REAL author! Many told me they prefer Skype author visits over large in-person author visits because they are  so much more personal. The conversation evolves naturally and is controlled primarily by the students. I love how technology can bring the world into our library! Thank you Dan!