I love creativity! To me, creativity is the inside shining out. When students are creative, we see a different side to them that may not come out during everyday classroom assignments. Recently one girl and her actor  demonstrated their creativity in their quarterly class book report.

Students can chose how they want to report out on the book they read. In this case this student decided to make a live action book trailer with a few of her friends. When I saw it, I immediately asked all parents if I could publish the book trailer. It’s creative and fun. It’s a fabulous advertisement for Aphrodite and the Diva by Joan Holub and Suzanne Williams. The book trailer will convince some students to read this book.

After I published the trailer, I tweeted out the link and look who responded! 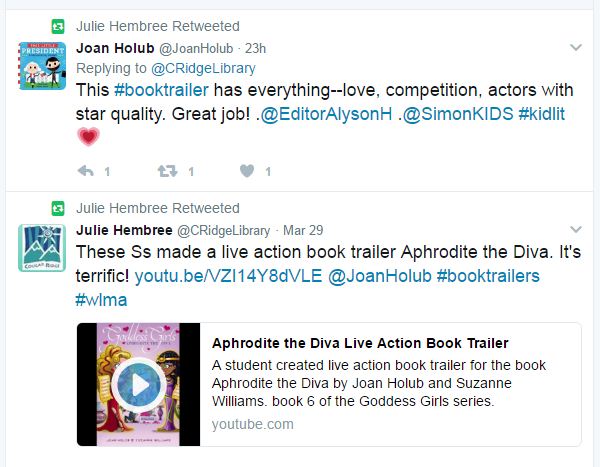 This just goes to show that students can have their voice heard with really positive results. 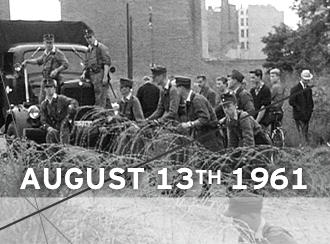 Gerta went to bed Saturday night, but woke up the next morning with a grim sight outside her window. A barbed wire wall divided her city in half. The realization stunned her as she remembered her father and brother were on the other side of the wall. How would they come home to Gerta, her mom and brother? Why would anyone want to build a wall in the middle of her beloved city? What was going to happen to her family? 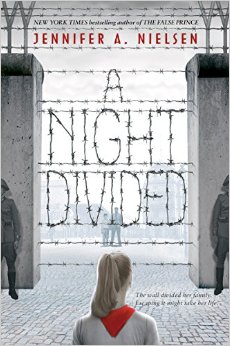 The Berlin Wall is the topic of Jennifer Nielsen’s new middle grade historical fiction book, A Night Divided. The story is set in 1961 when the city of Berlin was separated in half by a wall that would last for the next 28 years. This concrete wall is considered by many to be the symbol of the Cold stemming the mass defection of citizens from communist East Germany to the west. 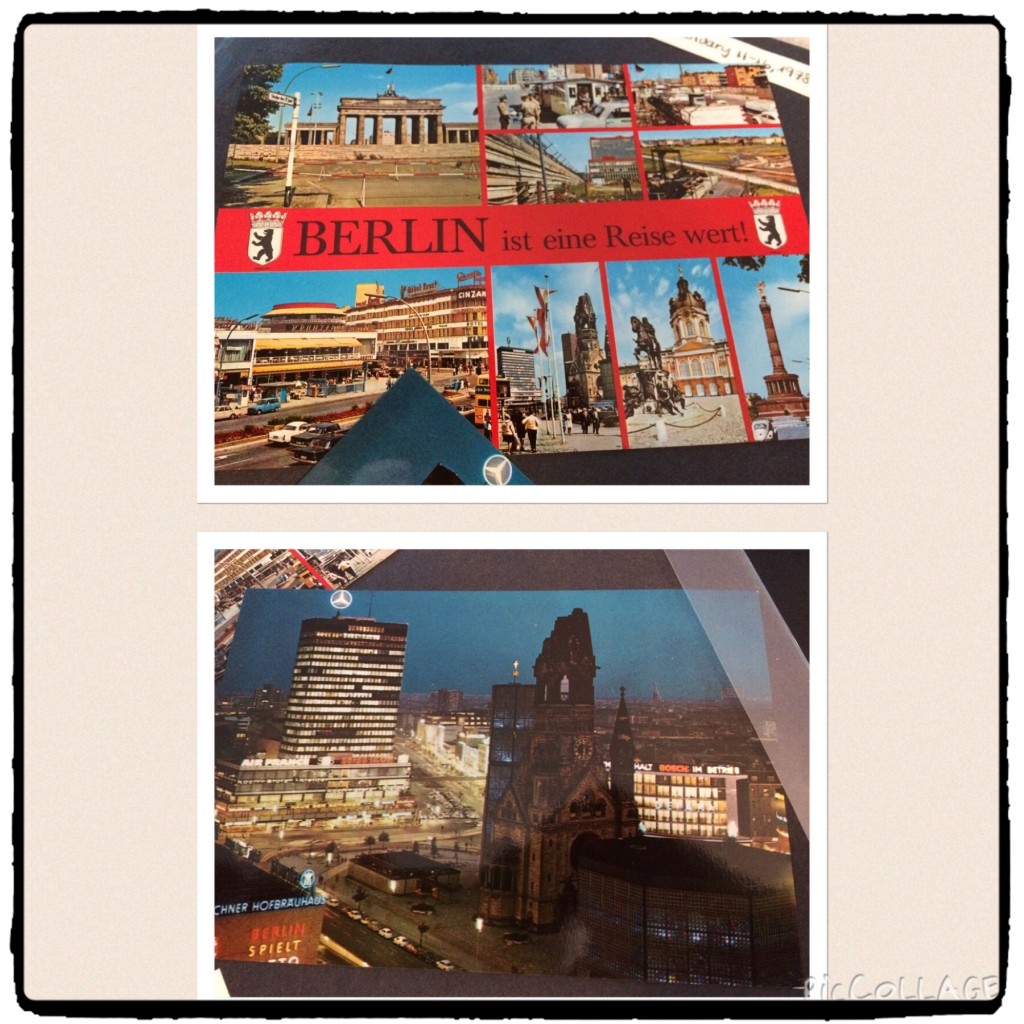 The book is well researched and brought back memories of one of the most frightening days of my life.  I was 18 years old and an American Field Service exchange student visiting Berlin with other members in my group. West Berlin was a vibrant city with museums, shopping and discos. Bright neon lights lit the downtown at night. We didn’t have a bored moment as we tried to experience all that West Berlin offered. This video shows what life was like in West Berlin at that time.

The organizers of our trip also wanted us to experience the other side of Berlin behind the huge wall that divided the city. Being the naïve and self-absorbed teenagers we were, few of us realized the history lesson we were about to learn. 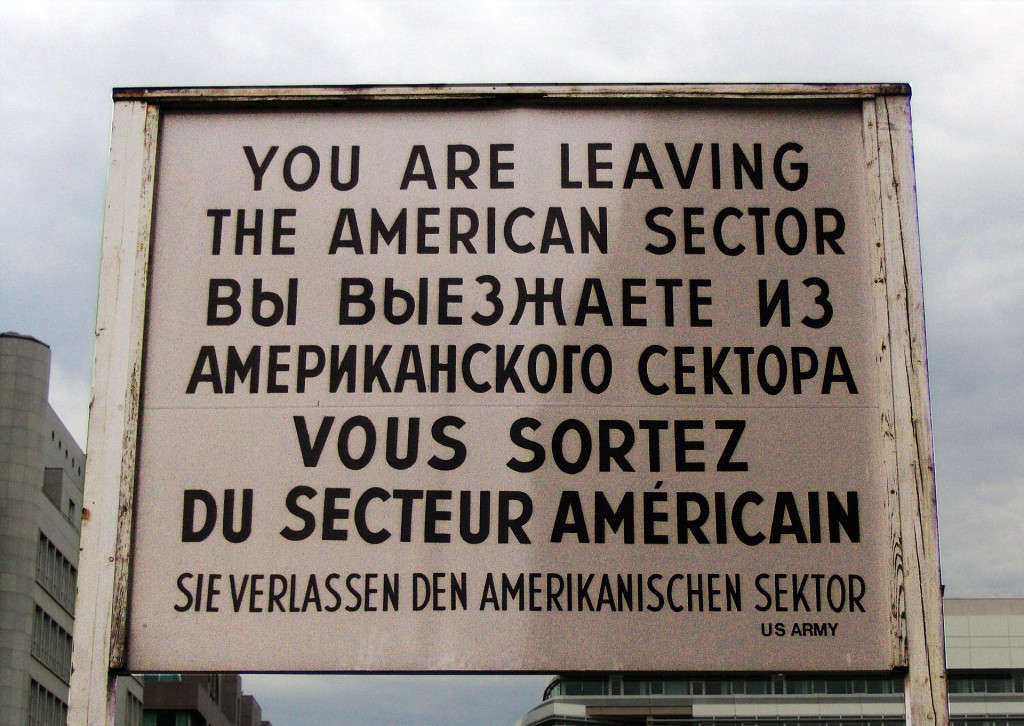 We crossed at Checkpoint Charlie, the main crossing area for westerners. It was a particularly intimidating experience as we had to give up our passports, sit in a room and then wait for our number to be called. These were the days before modern airport security checks, so being so screened with such severity was frightening to us. The freedom I took for granted as an American suddenly had new meaning. 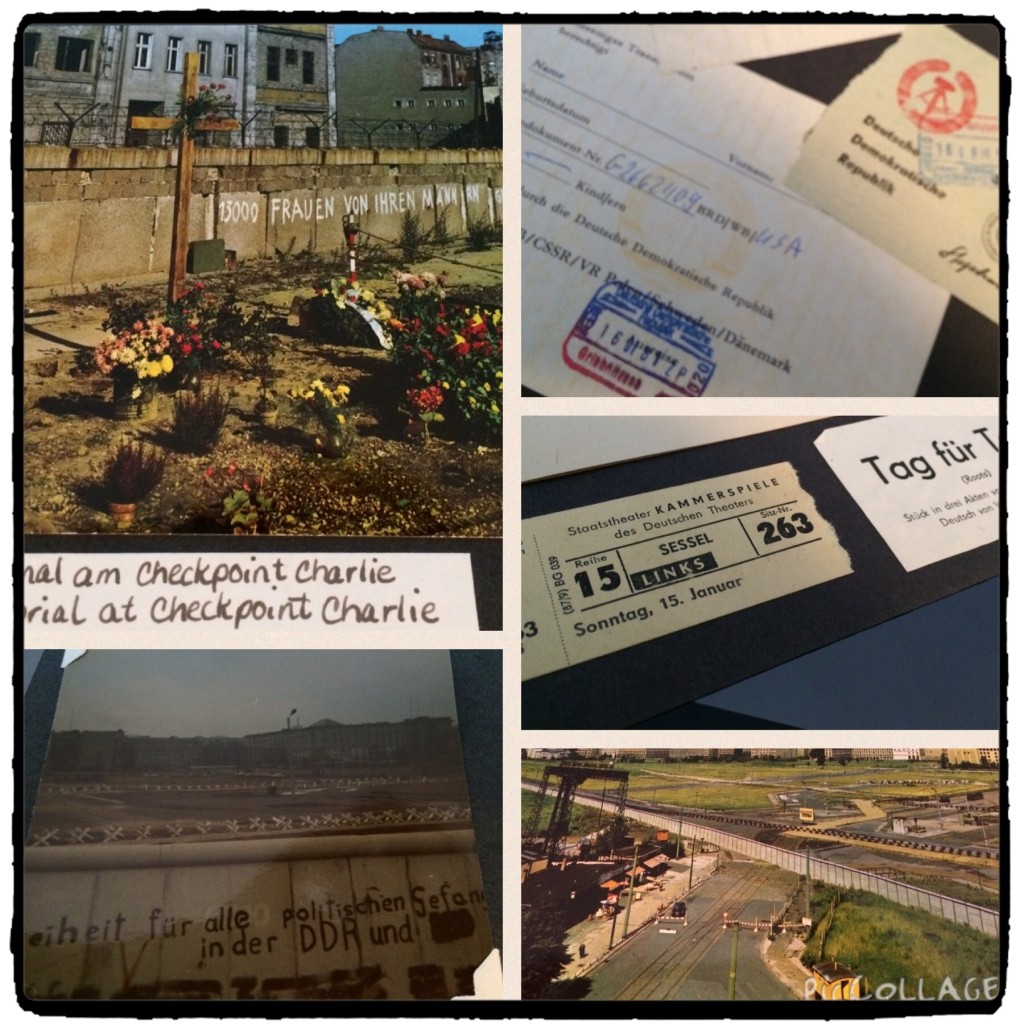 Entering East Berlin was like stepping back 30 years into postwar Germany. I’ll never forget the images of gray that permeated the city. Gray concrete buildings. Gray streets. Gray cars. Drab clothing on people who seemed to carry defeat on their shoulders. It was common to see World War II bombed buildings still empty and never re-built. It was like going from technicolor to black and white. 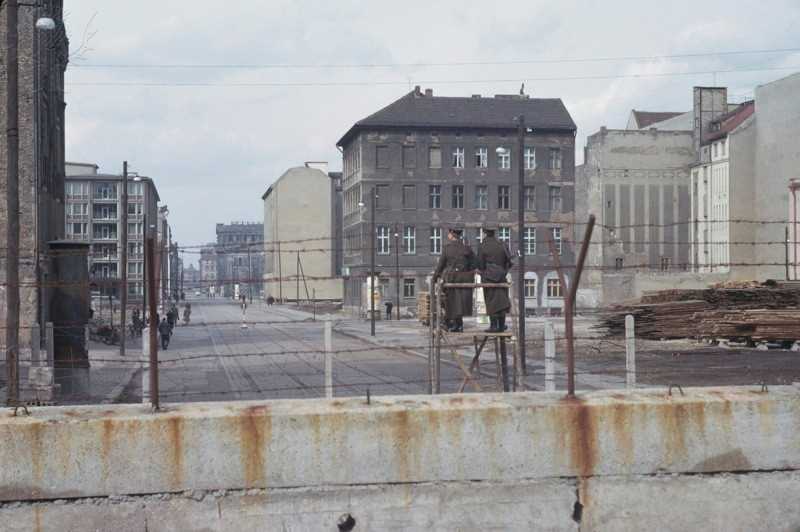 All of us had the opportunity to have lunch with an East German family. Mine shared how their family had been divided by the wall and they had no idea when they would see their loved ones again. After being nearly hit by a car who tried to hit me and a friend as we walked on the sidewalk, I wanted out…..now! It took some convincing, but we postponed our return a couple hours and went to an East German play. I appreciated seeing communism hadn’t completely squelched the arts. Still, like the rest of the group, I couldn’t leave fast enough. We made it back before the midnight deadline and embraced the freedom afforded to us because we were American.

A Night Divided brought back all of these memories. After hearing Jennifer Nielsen talk her process in bringing this part of history to life, I felt compelled to make a trailer for her book. The images and words were bubbling inside me needing to be released. In the weeks since, my students and I have had many lively conversations about the wall and this part of history few westerners talk about anymore. Usually historical fiction is not the genre students clamor to read. Yet the 20 hold slips of students who want to check out this book from our library tell me that Jennifer got it right. Find A Night Divided at your local library or favorite bookstore. Recommended for ages 9+ Visit Jennifer Nielsen’s website and find out more about this and other books she has written.