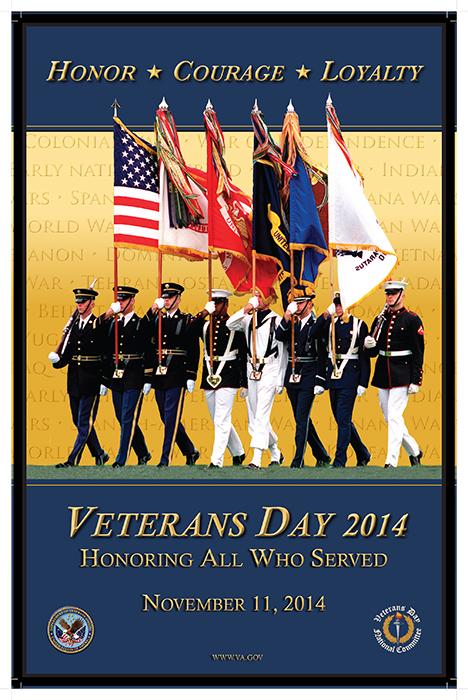 This national holiday is a day honoring all veteran of the armed services. A veteran is a person who has served in the armed forces: Air Force, Army, Coast Guard, Navy or Marines either in peace time or during war or conflicts.

This year we honored some guest veterans at an all school assembly. The students gave them handmade cards, and we sang songs and thanked each person numerous times for serving their country.

I thought in honor of Veteran’s Day, I would share one of their stories. Like most veterans, his story isn’t written down in a book or featured in a magazine. Yet, he has great stories to tell if you sit down with him to listen and learn. My father-in-law, Mr. Buell Hembree was one of the men standing in front of our gym. He’s been to every Veteran’s Day assembly since I’ve been at our school and is proud to represent the veterans, and especially the submariners of World War II. He served on the USS Pogy in the south Pacific during the Second World War.  The USS Pogy was a submarine. When you think of a submarine, you might think of one of the modern ones that are bigger than two football fields. 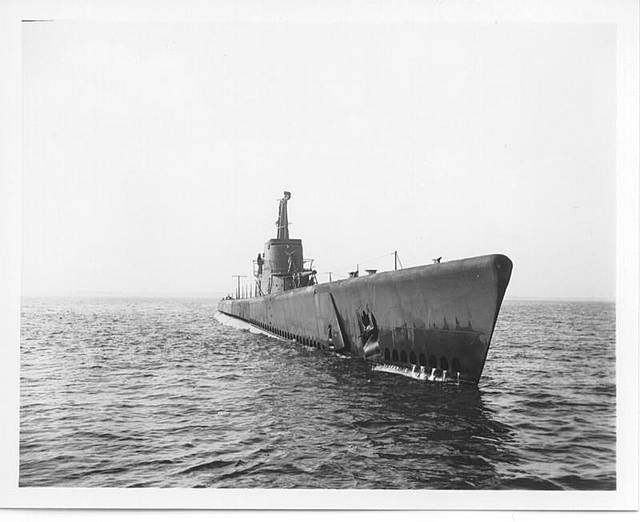 However, in those days, submarines were small and cramped. There wasn’t much room and it was easy to feel claustrophobic in such tight quarters sailing underneath the surface of the ocean. He’s told us that two men could stretch out their arms and touch either side of the submarine. It was THAT small.  His bed was a pull out bunk. The crazy part was that it was above two torpedoes. No fancy sleeping quarters in those days! 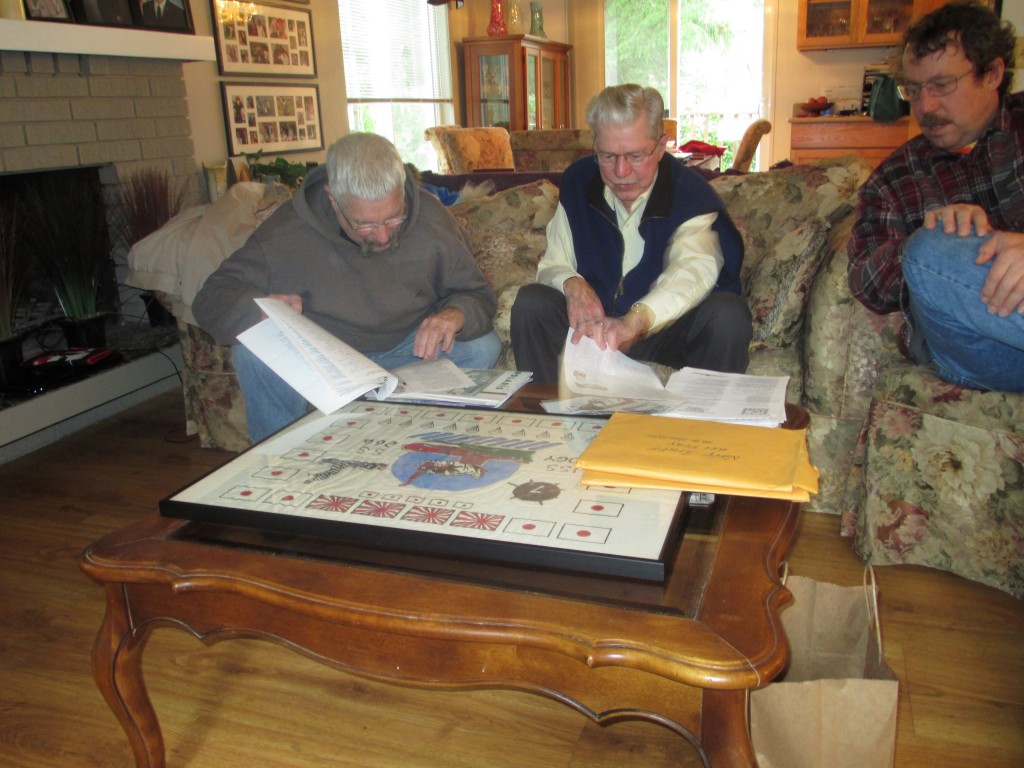 Buell Hembree explains what it was like to be on the USS Pogy.Photo by Julie Hembree

Despite the danger of serving on a submarine, Mr. Hembree loved his work on the USS Pogy and the years he spent in the USS Navy. He came home safely and spent the remainder of his working years designing interiors of planes for Boeing. 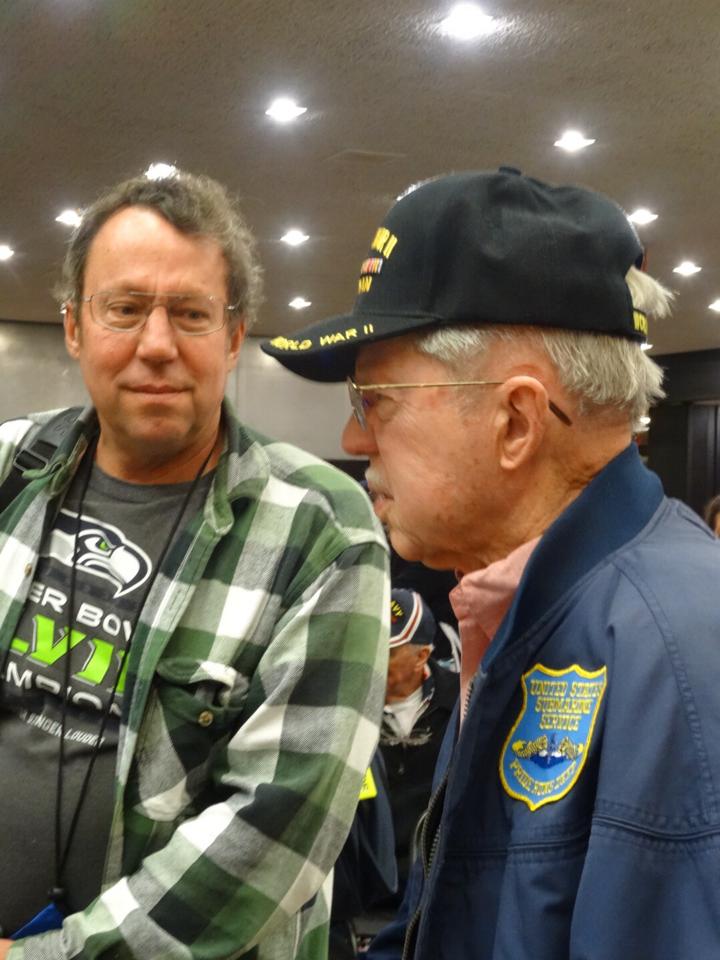 Buell and Joe Hembree get ready to fly to Washington, DC for the WWII honor flight. Photo by Julie Hembree

In October, he was flown with 28 other World War II veterans ages 92 to 96 on a free Honor Flight to Washington, DC, our nation’s capital where they could visit and reflect on the memorials build in their honor. His son and my husband, Joe, was his guardian and helped him and the other gentlemen on the trip to ensure they would have the best experience possible. For Veteran’s Day, here are a few of his photos from his honor flight. 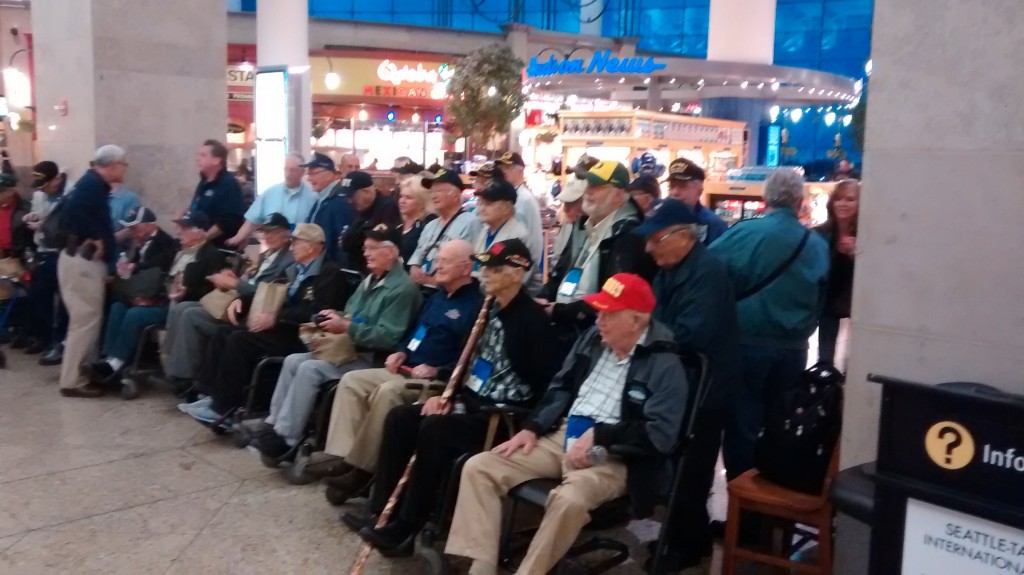 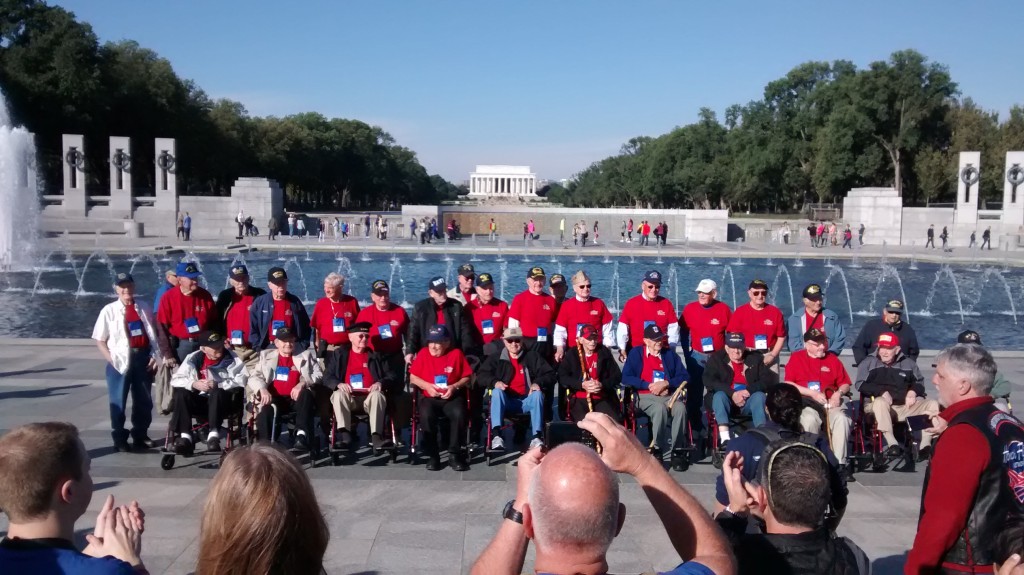 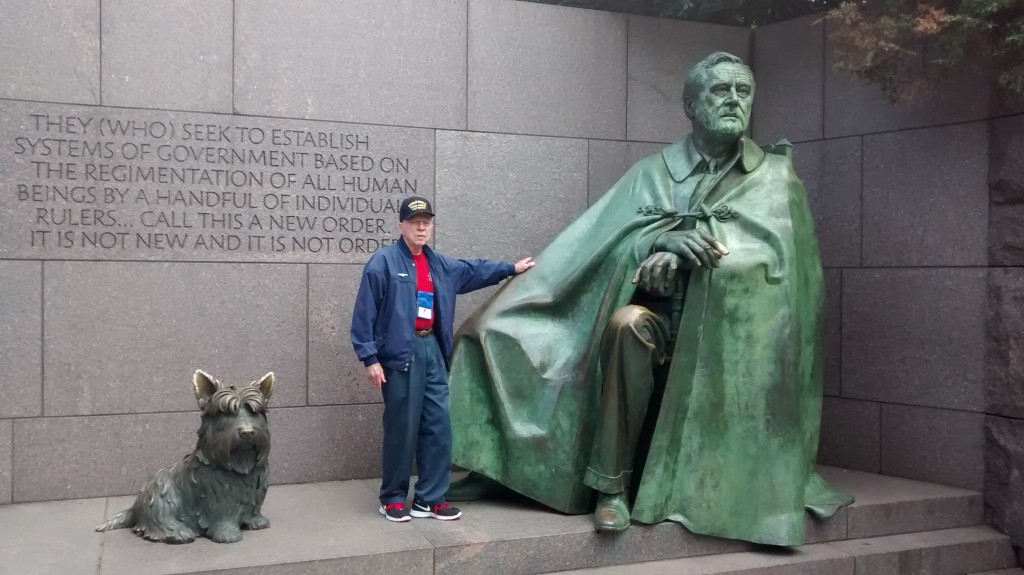 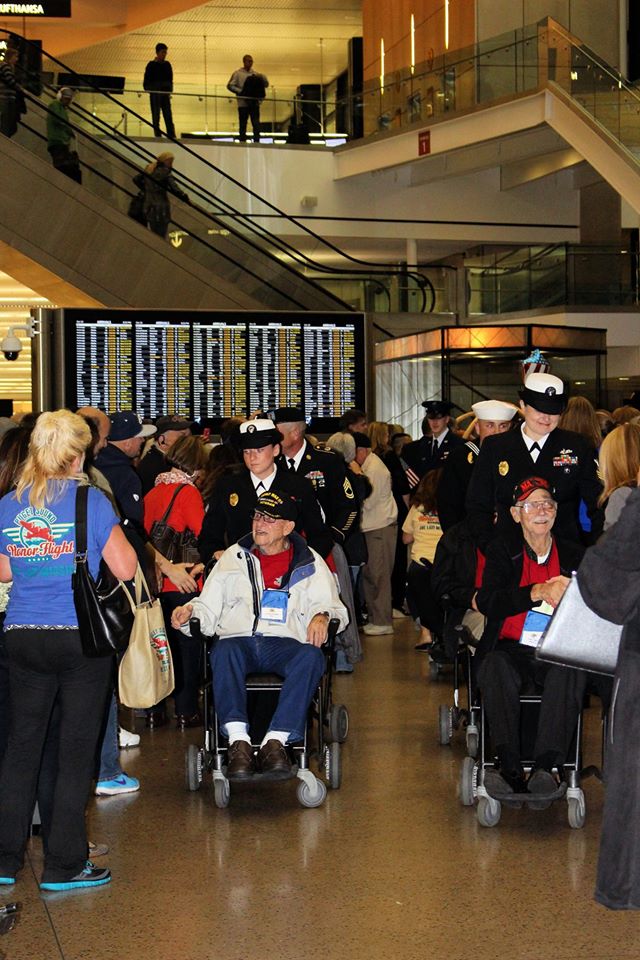 Veterans are greeted at SeaTac on their return home. Photo by Margaret Howell 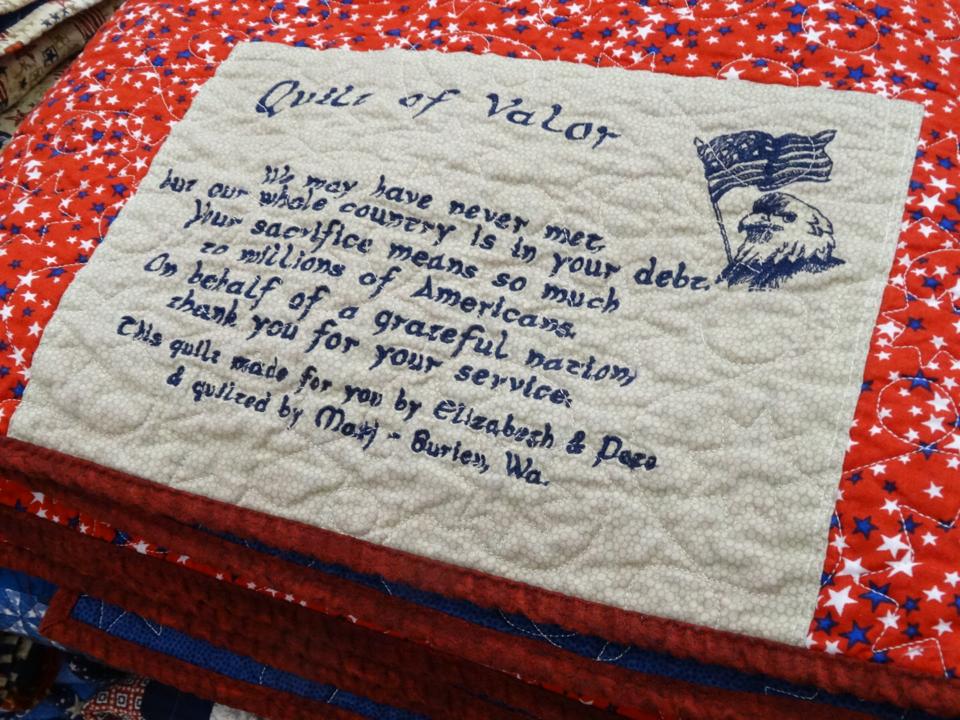 Each veteran was given a handmade Quilt of Valor to keep.Photo by Julie Hembree 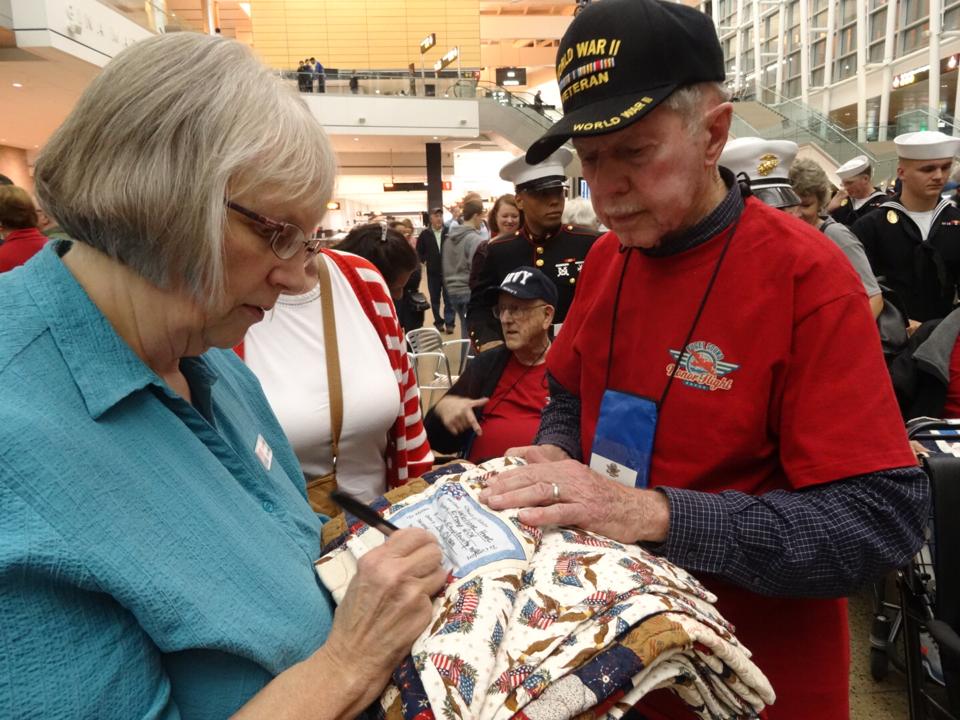 One of the Quilt of Valor volunteers signs Buell Hembree’s quilt.Photo by Julie Hembree

Today, tomorrow or anytime in the future, I hope when you see a veteran, you will stop and thank them for their service to our country. These women and men have made huge sacrifices for us and deserve our thanks. “Thank you for your service” means so much to so many. If you know someone in your own family, talk to him or her and find out their stories. They will be glad you care.