What does a rock, a feather, a mask, a rubber chicken and a bag have to do with one another? 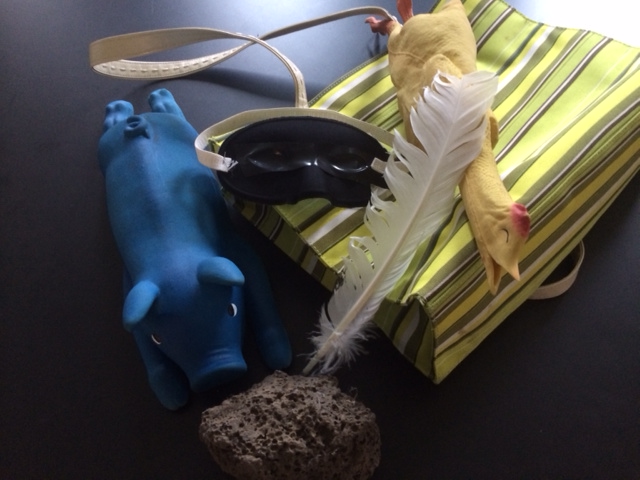 Poetry of course! I wanted the second graders to use their touch sense as the only method to describe an object hidden inside a bag. First I hid an object in the bag. Then volunteers came forward, covered their eyes with the mask, reached inside the bag and touched the object. Using one word, they had to describe what they felt, without using a word already used by a student previously. Squeak, hard, rubbery, soft, smooth, light, heavy. As fast as I could, I wrote down their words in a list.

After a few minutes we switched gears. This time, the students had to look at the list and see what the words had in common, to try to guess the hidden object in the bag.  How could something be both rough and smooth, hard and soft? The library got pretty loud with all the giggles and laughter as they realized that what they were describing was a rubber chicken! Yes, even rubber chickens and rocks deserve their own poems! Here are two of the poems written by our second graders. Poetry can be fun! A big thank you to Mrs. Daly for sharing her awesome mask, Mrs. Butler for the white feather,  and Mr. Haeck for donating his rubber chicken to us for our poetry lesson. 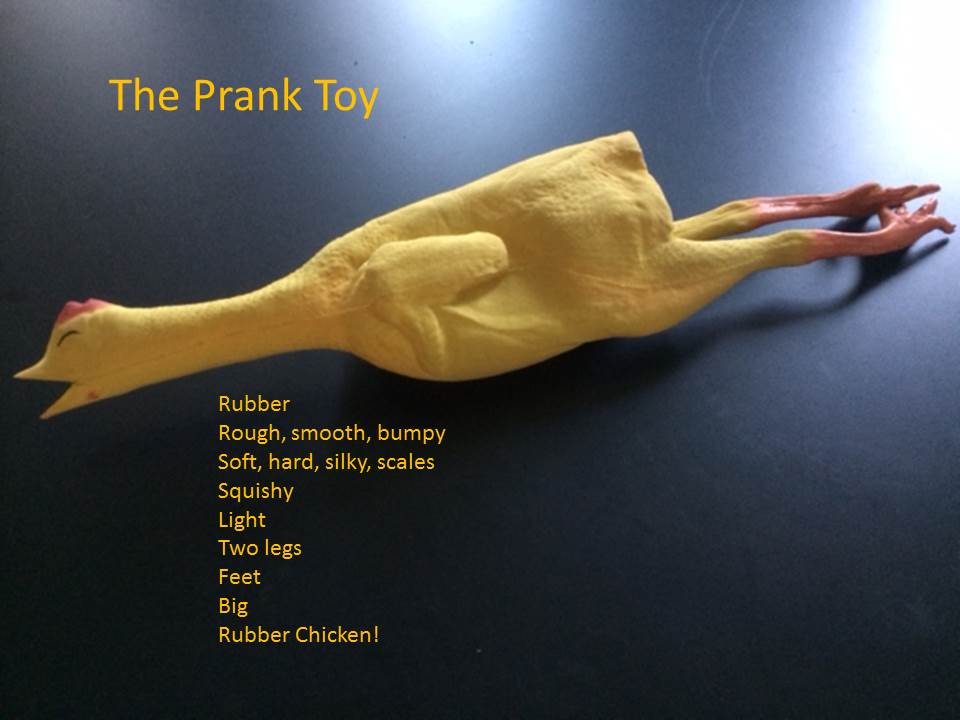 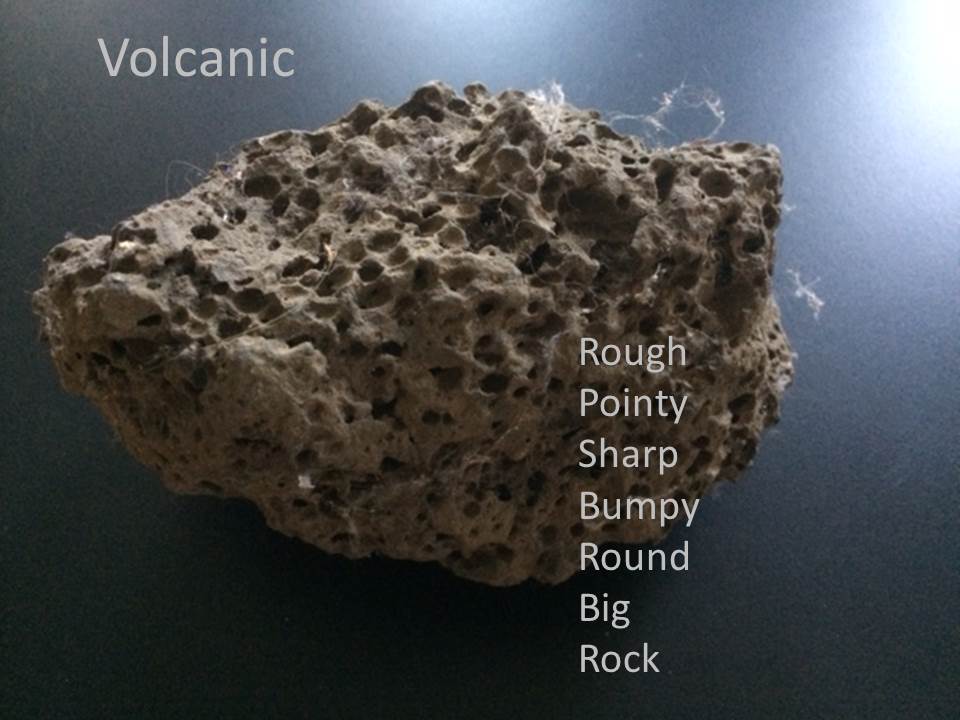 A few years ago, I did a similar lesson called Paper Bag Poems. Another librarian, Mrs. Camp, in Klein, Texas saw the post and also had some poetry fun with her students. You can read about her Paperbag Poems on the Bobcat Library Blog.

What poems have you written lately? Leave a comment and let us know!