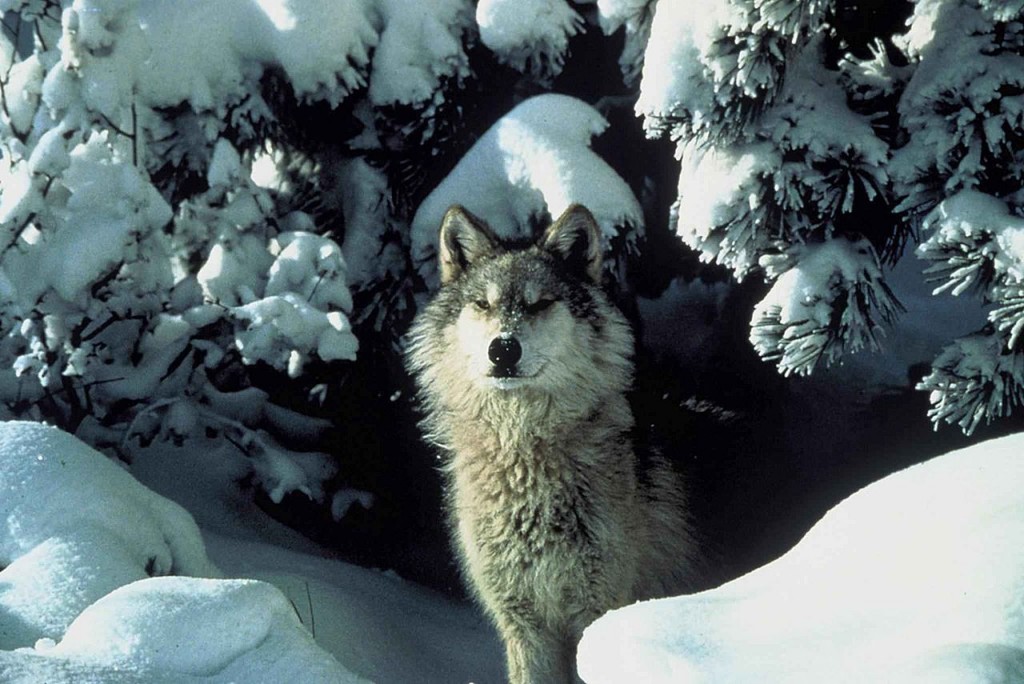 What do you think about wolves?

Wolves have always fascinated me. I know they are predators and have legendary howls, but they seem like cuddly wild dogs to me. Earlier this year, we had an assembly where the presenter brought a wolf puppy. I was in heaven! Here was my chance to touch and see a wolf up close. 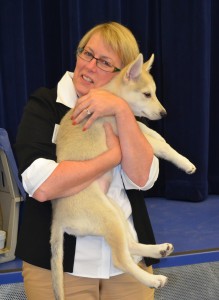 This particular pup had been rescued, and was being taken care of by professional animal handlers. However, it was still young enough to be touched and cuddled by humans. 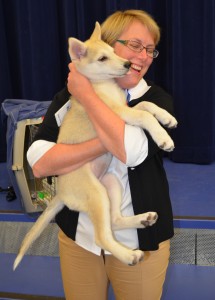 I got a lifetime supply of wolf puppy kisses and hugs. It also sent me to the book shelves to re-read one of my favorite series – Julie of the Wolves by Jean Craighead George. Actually I listened to the series. I love to listen to audio books while I am driving to work and home each day. I haven’t found anyone who will read to me anymore, so this is the next best thing. 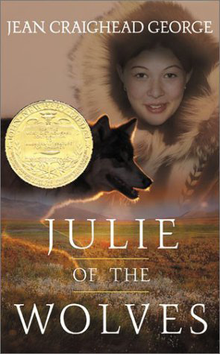 Julie of the Wolves is about a young Yupik girl in Alaska who is trying to find her way between the culture she has always known and the ways of modernization. In her village she is known as Miyax, but her friend in California calls her Julie. After her mother dies, and her father goes missing, she is forced to live with her Aunt Martha. Her aunt only wants to marry her off to Daniel, and soon Miyax realizes her only escape is on the tundra.  Without food or water, she befriends a pack of wolves who allow her to become part of her pack. Mijax struggles to find where she belongs – on the tundra with her wolves, or in town with people.

Julie of the Wolves is an American classic and won the Newbery Award in 1973. I love the realism the author uses to describe life among the wolves. It is based on real-life experiences and research she did when she went to Barrow, Alaska to conduct research for an article about wolves. When I read this novel, especially in the dead of winter, I want to trade places with Miyax, and crawl into the wolf den with her friends. It may help that we share the same first name.

In any case, whether your name is Julie or not, I hope you will pick up Julie of the Wolves and the two sequel novels and experience life among the wolves. It is available in print, audio, eBook formats in a library near you!

One thought on “Julie of the Wolves”