Some of our current and former Bulldog Readers had the opportunity of their lives on Sunday, when they met the author Rick Riordan, author of the Percy Jackson and the new Heroes of Olympus series! He has over 30 million books in print and his books have been translated into over 37 languages in 36 countries. 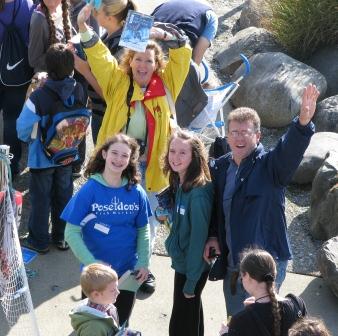 “The gods may live on Mt. Olympus, but they vacation in Olympia,” declares the tagline of the winning proposal by the Tumwater Timberland Library.

Rick Riordan’s visit to Olympia was part of a week long tour promoting the second book, Son of Neptune, launch in the Heroes of Olympus series. He only made seven stops in the US and Canada on his book tour.

Hundreds of proposals were submitted to Disney Publishing Worldwide for the Olympia Week contest. The proposal title “Poseidon’s Fish Market” developed and written by Joella Peterson, was chosen for its creative ideas in planning activities to celebrate the series and love of reading. 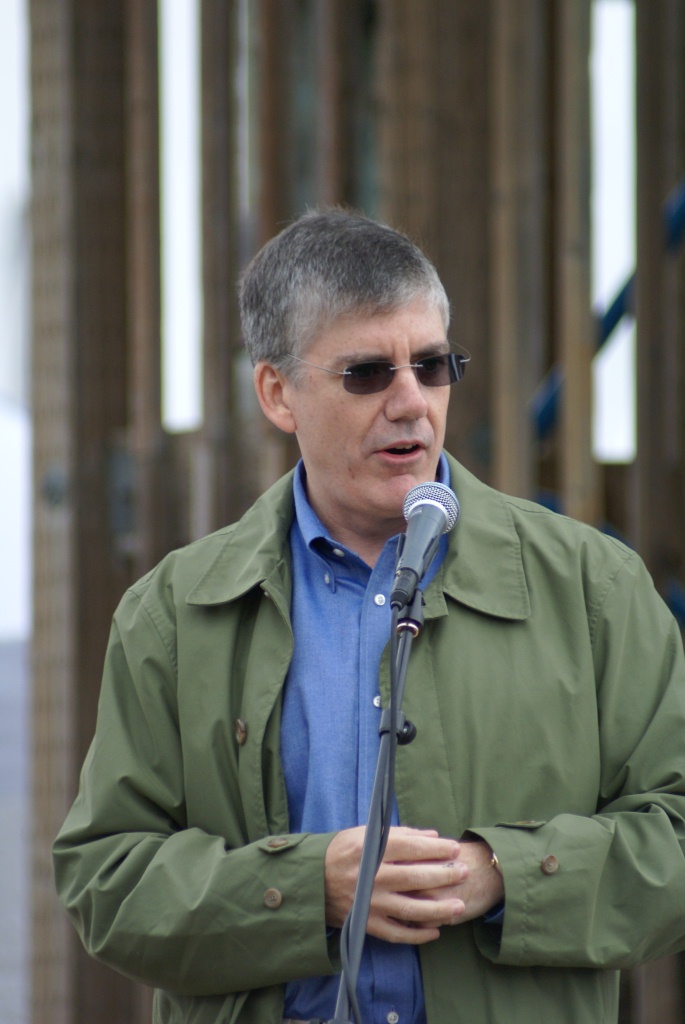 Riordan arrived by yacht and then spoke to his audience before signing books. The audience members could participate in any of the activity booths available while they waited for their time to meet Mr. Riordan. 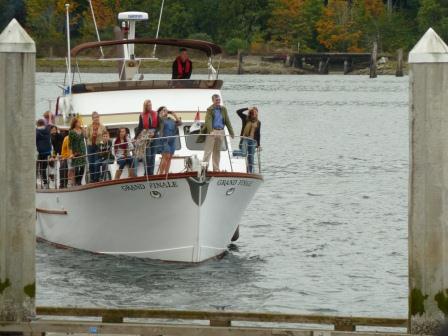 Elizabeth, Julia and Bridget were able to make it down to Olympia to be part of this amazing day. They got their books signed and one for our library too! 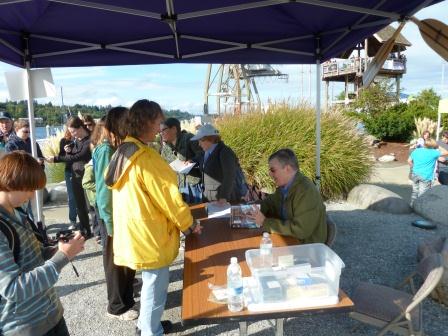 It's book signing time! That one is going in the library!

On Monday, I had a chance to get Julia’s thoughts about here experience meeting Mr. Riordan.

How did you find out about Rick Riordan’s visit to Olympia?

How I found out about Rick Riordan’s visit to Olympia was from one of my best friends, Elizabeth. Her aunt, Linda, works at the Tumwater Timberlake Library; the library that sponsored this event. The event was held at the Port of Olympia and was called Poseidon’s Fish Market.

How did you get the tickets?

My mom and dad drove us to Tumwater Library a week ago where we got the tickets. I was kind of let down when I was told I was the 750th person to get their book, but at the event, I got my books signed within an hour!

What was it like? Tell us about the experience there? Lots of people? Did you listen to him talk?

The event was crowded. At first, I was one of about a hundred people. In the next 45 minutes, I was probably one of two thousand people. In was fun in the beginning though. Elizabeth was working at the Fish Facts and Barnacle Bubbles station and I helped her with the crosswords and word searches that kids got to fill out. The prizes for completing the word search was either a poster of The Son of Neptune or a golden drachma key chain. Other booths were about fishing, face-painting, and information about the sea’s environment. When Rick Riordan arrived by yacht, I got pictures of him coming off the boat, he and his family were waving from the boat. He got off, answered questions about his latest book and then went to his book-signing booth.

What were the best parts of the experience?

The best parts about “Poseidon’s Fish Market” were Rick Riordan arriving, because the crowd suddenly went quiet when they saw him and then the kids and parents started screaming their guts out. Also, finding out about the books he’s planning to write in the future. The third book in the Kane Chronicles is coming out in May 2012 and then Rick Riordan is planning to write a series about Norse mythology after he completes the Heroes of Olympus series.

Bridget also filmed Rick Riordan’s entire talk in Olympia! If you wish you had been there, but couldn’t go, here is the next best thing!

We now have two copies of Son of Neptune in our Bulldog Library. Stop by and put a reserve slip in to reserve your place in line to read it!

If you want to learn more about Rick Riordan and his books, visit his website www.rickriordan.com

Many thanks to Bridget, Julia, and their parents, Elizabeth and to the Timberland Regional Library for sharing their photos, film,  and background information for this blog post.

Have you ever been to a book signing?

Please leave us a comment and let us know!